Video has Bloom turned off, motion blur turned off

I am shaking my head in disappointment.  I would have put the first and second FlatOut as two of my favorite games.  I’m a huge racing fan, and a bigger car crashing fan.  This game really was the best of both worlds.

However number 3 is Jack’s utter lack of surprise.

Monster trucks, speed, and other modes are just some of the odd additions which make somewhat sense. They were always trying to add more varied game types. I was even impressed with the physics of the monster truck driving / suspension reaction but the damage made no sense, was obscured by motion blur and bloom (both set to low) and the racing wasn’t just about how to navigate tight turns and obstacles – it was a set of turns and racing on rails.  One tiny turn on the 360 controller resulted in a 90 degree change of direction with no impact by traction.

Another couple races and I am destroyed before the 3 rounds are over. Once I found e-brake it was better but it doesn’t even handle NFS arcade, it handles Daytona USA arcade. I couldn’t get any good hits because the cars are always obscured by insane fireballs and light streaks. You can try and go headlong into them and hope for the best but you usually end up hitting a tree. There is no need for trees that can not be destroyed. There is no reason why I hit a parked car and it blows up hitting me for 50% damage and an opponent only inflicts 2% launching me into the air.

The camera… oh the camera. There are only three: close cam, bumper, and far cam. Close cam is 2 ft and far cam is 4 ft – so far cam would be my choice except it’s still way too close. I am very sad to say it, but don’t even bother trying it. Go play FlatOut 2 for a much better time.

*update* 2001 01 19 12|08
People complained to the developers and it appears as though they were listening. Original handling models will be in upcoming patch. On sale at Steam today 1/19/2011 until 7PM EST tonight for only $9.99 as well as the originals for only a couple of bucks! 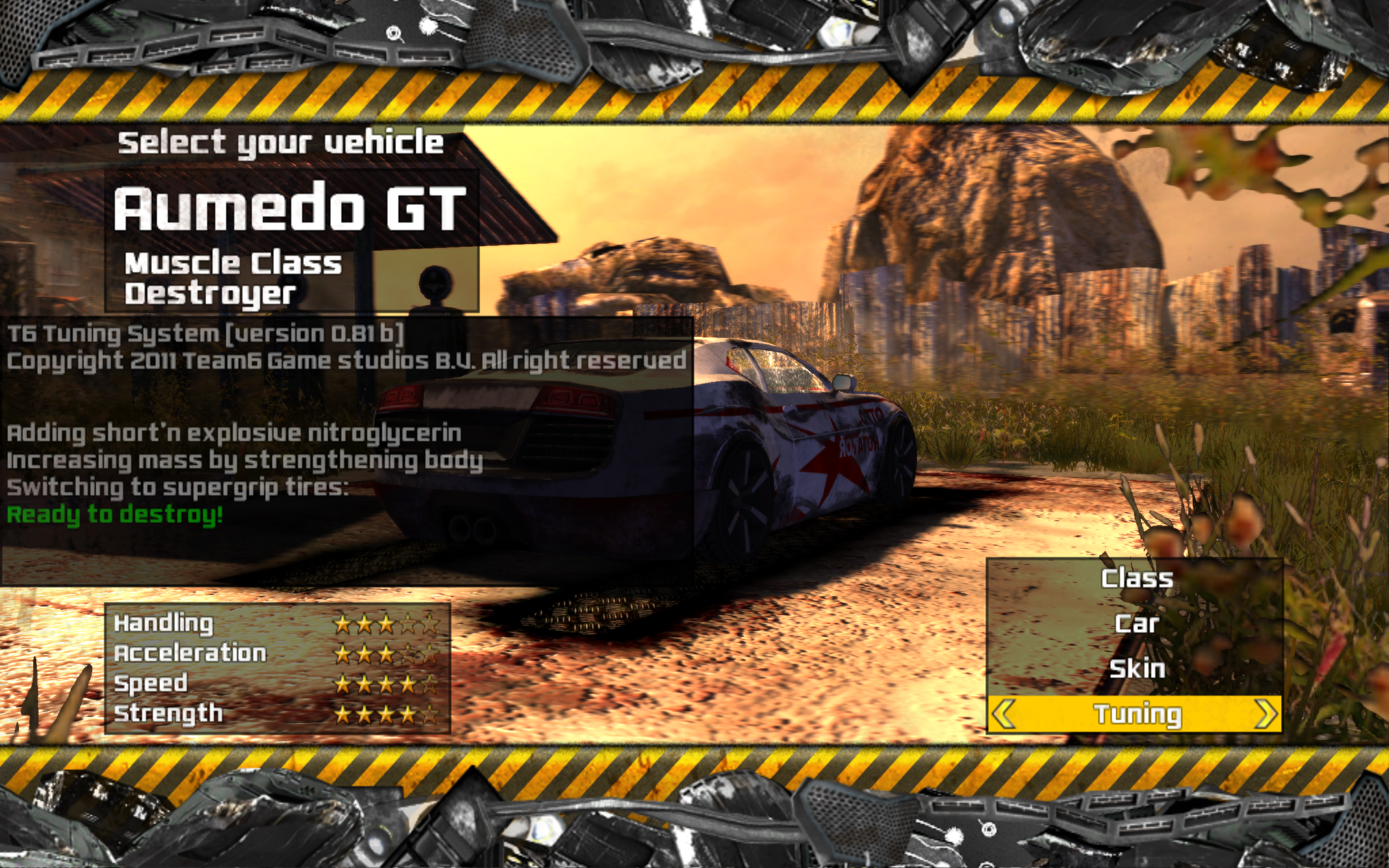